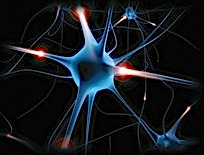 The term "electrotherapy" is used to describe the treatment of clinical symptoms by using specially shaped electrical current waveforms. Electrotherapy is not used as an independent form of treatment, but as an interdisciplinary support therapy. However, in the diagnosis of the neuromuscular system, the technique yields independent and indispensable measurements.

Provides precise measurements of the degree of degeneration in the neuromuscular system (current-time curves). Precision monitoring of the resulting therapy parameters used in electrostimulation support treatment of the affected system.

To act on the secondary symptoms of a disorder or injury to break the vicious circle of pain – hypertonia (increased muscle rigidity) – hypoperfusion (insufficient blood supply) – pain, and to create a favourable starting point for subsequent physiotherapeutic treatment.

Electrotherapy is an indispensable interdisciplinary aid in the treatment of acute disorders and in rehab programmes in all specialised sectors of medicine.

Measurement of electrical potential and for differentiating between neurogenic and myogenic conditions.

The typical electromyographic (EMG) triad for neurogenic changes consists of

Myopathic changes are registered by EMG as:

This technique, which utilizes a magnetic field of a specified intensity or field strength and a defined magnetic induction/frequency, is based on two different physical phenomena:

Both of these effects (the Lorentz force and the magnetic attraction) require a very strong magnetic field (flux density of at least 10 gauss or 1 mT). If weaker fields are used, the induced motion is too small and cannot compete with normal diffusion processes.

of pulsed electromagnetic fields on biological systems is essentially based on correcting disturbances to the organism's biomagnetic fields. By careful application of controlled pulse cycles, either as an autonomous or accompanying therapy, the PEMF® technique help to revitalize and rejuvenate the system.

treatment can be optimised by the additional intake of oxygen-enriched water.

can be initiated or accelerated by the PEMF method, and a preventative effect is produced by stimulating the immune system.

the alternating magnetic field reflexibly influences organic disorders via its interaction with the motor points and zones. The pulsed magnetic field is directed at the dysfunctional areas via the applicators and helps to restore the normal physiological energy balance in cells and at motor points.

The myofeedback concept is used in the treatment of stroke victims where it acts an accompanying therapy, supporting the Bobath and PNF methods detailed above. The concept is based on three factors: measurement of EMG potential, electrostimulation and muscle contraction ("myofeedback"). The therapist initially measures the very weak electrical potential generated by stroke patients and defines this as the EMG-threshold value. An acoustic or visual signal is generated every time the patient reaches or exceeds this level of electrical activity, thus motivating the patient to move the affected muscle groups. If the threshold potential is exceeded, this triggers the electrostimulation (i.e. muscle contraction) of the affected muscle group, resulting in a strong movement that helps to train the central nervous system and to activate the damaged brain area. The myofeedback approach provides considerable motivation to the patient and promotes cognitive relearning, as he strives to increase the degree of electrical activity (EMG) in the affected motor unit. As part of a continuous training programme, this can have a very positive effect on the recovery of a certain degree of muscle control.

If the patient successfully exceeds the EMG-threshold potential, he is rewarded with the physical movement of the affected body part on which he has been concentrating. As already stated, this improves the cognitive learning process, which in combination with the measurements of reflex responses, movement quality and limb strength (in accordance with the well-known Flug-Meyer model) offers excellent support to the Bobath and PNF-Kabat concepts. The improvements that can be achieved include: limits the degree of atrophy if used early in the stroke rehab process; accelerates improvement in muscle-group activity; simplifies work with other muscle groups requiring treatment; speeds rehabilitation. Myofeedback programmes are individually tailored to reflect the patient's clinical picture and the course of the specific disorder.