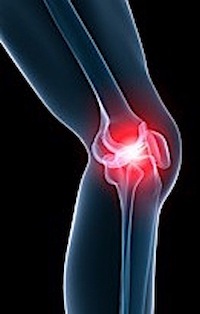 Manual therapy based on the Cyriax, DGMM and Dorn-Hock methods

Mainly used in the orthopaedic and traumatology sectors, but also indispensable in the treatment of medical and neurological disorders. The method enables functional diagnostics and the treatment of dysfunctions such as pain, hypo- and hypermobility, and of soft-tissue lesions affecting the locomotor system. Its aim is to maintain or re-establish normal function in the joints and all other functionally or structurally related locomotor tissue

Joint disorders
arising from arthralgia as a result of referred articular pain or indiscernible changes to joints.

Ligament disorders
may arise when there is:

Physiotherapy must not be used to attempt treatment of a traumatic, infectious or tumour-related inflammation of a bursa.

"Bursitis calcarea"
Deposition of calcareous matter through the bursa into the rotator cuff, only very occasionally in the bursa itself. 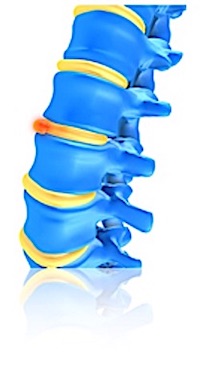 Disorders of the vertebral discs
Protrusion of the fibrous ring (Anulus fibrosus). Develops gradually, pain is localised. No loss of neurological function, but patient typically adopts a temporary posture to relieve discomfort.

Prolapse:
Disc no longer intact, e.g. due to rupturing of the anulus fibrosus and protrusion of the pulpy core. Loss of neurological function, reduced sensitivity and loss of strength, reflex response lower (hyporeflexia). Onset is sudden. Symptoms include parasthaesia and referred pain. Patient adopts a permanent relieving posture.

Referred pain in dermatome:
Referred pain (pain felt at some distance from its cause) can result from disorders of the:

When treating disorders of the locomotor system, the aim is to clearly identify the affected areas. This requires that the affected areas be distinguished clearly from those that could give rise to the same clinical characteristics. 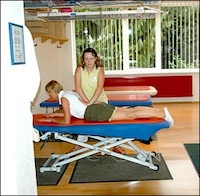 The concept of manual therapy according to McKenzie is mainly used in the orthopedic and traumatological field, but is also of crucial importance in the treatment of internal and neurological diseases.

Different syndromes are defined, which can be the basis for painful conditions and restricted movement of the postural and musculoskeletal system and are classified according to the diagnostic scheme developed by Robin McKenzie.

Postural syndrome:
Posture-related pain can be caused by all pain-sensitive structures of the holding apparatus (e.g. spine) due to overstretching of normal, healthy structures.

Derangement syndrome:
Most often in patients between 20 and 55 years of age, M> F. The pain in derangement syndrome is explained by a shift or changed position of joint structures, which leads to mechanical deformation of pain-sensitive structures. This results, for. B. a changed position of the joint surfaces to each other, which can manifest itself clinically in incorrect posture and deviation from the normal trajectory. Different derangement syndromes are distinguished depending on the location and radiation of the pain.

The assignment
the three categories are based on the findings. It is based on the change in symptoms after repeated movements during tests and treatment.